Icarus – Sins of the Father 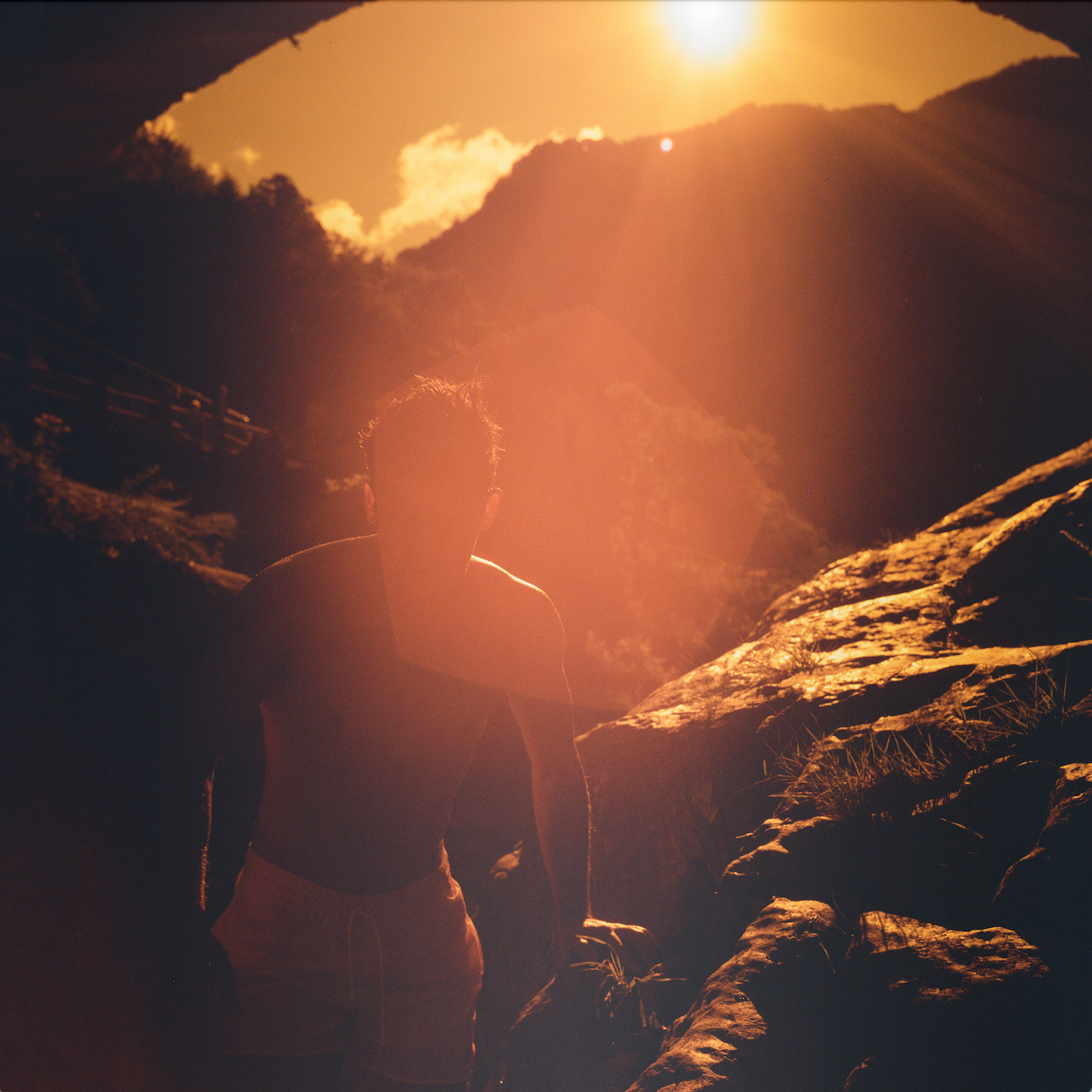 What do you want people to see when they look at your pictures?

I want to inspire the viewer, to take them on a journey in which their own experiences, dreams and expectations fill in the gaps. The gaps I intentionally leave blank, blurred, dark or obscured, with the hope of making the experience far more visceral for them. This is why I typically don’t shoot for sharp and glossy works, which I believe, can leave little room for the viewer and his or her imagination. Also I often want the viewer to experience a little splendour, the way life could be if we visit the world I create. To me, due to a stifling amount of ‘trend following’ and unoriginality, there’s way too much commercial and editorial fashion work championing the same extremely bleak and banal themes. Everyone is doing that. Maybe it reflects elements of some creative’s lives (but surely the rest are simply looking to fit in). This isn’t the world I live in, nor want to.

Hopefully my work, says; «Hey stop feeling sorry for yourself, stop letting society and your social echo-chamber mould you into a victim or clone. Life (and your art) doesn’t have to be bleak to be worthwhile, I simply won’t accept that. There’s beauty in the simplest of moments, like going to the river with some friends as portraied in this fashion story.

You have the power to create! My work is a screaming rebuttal, against the ugly fashion and art trends of present. I think the art we make, ends up becoming the life we create for ourselves. I’m trying to remind people there are limitless possibilities when creating art.

What’s more important to you, the look or the feeling of a picture?

I’m not so sure the two are exclusive of each other. I am of course, aware that my works are quite leading and directive in feeling, but also, I think there’s still plenty of room for the individual to interpret, experience and feel my work differently dependant on their own expectations. So the viewer is bringing those feelings (with my little push).

Having said that, for me there must be a strong element of mastership of my craft (photography) present in my work. As one who has spent years labouring on improving his techniques and knowledge, I’m incredibly critical of my own work. I work tirelessly to create the visual elements in a way which will hopefully stand the test of time. I aspire for my work to one day develop to a very high standard, where if I work hard enough, maybe, just maybe it will one day hang on the walls of the great museums of the future.

In my opinion, so much of what passes as art, editorial or campaign work these days, may not stand the test of time. Firstly, because its relevance is purely representative of so many trivial nonsensical issues. Especially, if it often only speaks to very small social bubbles. But more often than not, because I feel it’s lacking in true mastership qualities, much of this type of photography will not connect with future audiences. Not in the same way so much of what we consider «masterpieces of the past» are still relevant today. Sure some of the themes and statements intended in these works of old are dated, however, where the mastership is clearly present, and the message is worthwhile, and well executed, these works still continue to amaze, and will continue to inspire generations for years to come.

The look is an intrinsic element of my expression. Furthermore, when I say «the way it looks», this includes the messaging. I can’t separate the two. I hope the message, both the somewhat obvious, but also the hidden subtext I typically embed, will also be relevant and inspiring. There has to be a multi-layered approach in my work for it to compel me, for me to feel it’s a worthwhile expression in the first place.

Your work is influenced by greek mythology, tell us a little bit more about the thought and fascination behind it.

This editorial story was inspired by the «Flight of Icarus». I’ve always been drawn to this story, at first not quite knowing why I was attracted, or what it truly meant to me. Perhaps it’s the visual and graphic nature of the tale that allured me at first. I’m particularly drawn to the notion that, whilst escaping a labyrinth his father had built, (Yes some versions depict a tower, but I prefer the irony of the labyrinth, both Icarus and Daedalus are imprisoned in, which his father built to contain the Minotaur) Icarus becomes overconfident, beginning to believe with the higher he flew towards the sun, that he was becoming a god, (much like myself as a teenager). Unfortunately, as we know, he was quickly reminded, that he was indeed not a god and his overconfidence was soon to be fatally corrected. I see many parallels between this story and my journey from boy to manhood. There are so many elements we can pick apart. But for sure, the idea that Icarus is given the tools to escape (Wings) the sins of the father but ultimately, still falls due to his delusions of grandeur. Another tool his loving father gave him; Confidence. This irony plays on my mind as I contemplate, how I should raise my children (when I have them some day).

In this editorial of course, I didn’t want to literally re-tell the exact story as it is commonly known, but more, to use it as a diving platform (pardon the pun) from which to be inspired to create a playful narrative, where Icarus and his friends (including Hermès and the Nymphs) are frolicking on the rivers of Ticino in their splendour. Hermès, was the «Messenger God». I like the idea of the editorials I create, always having a message, but I also toyed with the playful nature of Hermès also being known as a trickster.

Furthermore, with this being a fashion story after all, the deliberate inclusion of «Hermès» the fashion label, was something I could not resist. I am a great admirer of the brand, it’s was an obvious match in so many artistic and fashion related ways, but obviously also for the mythological namesake. Everything including the clothing, swimwear, jewellery, hats, shoes, bags and accessories is styled in latest collections from «Hermès Paris».

There’s often hidden subtext communicated in the scenes, just as in greek Mythology. I do play on a variety of themes, for those willing to look deeper. It’s all quite light hearted, not intended to be over-complicated, it is subtle.

The Nymphs, also from Greek Mythology, in this example are represented by the girls – «The ‘River Nymphs’». Other times I have captured stories with «Lake Nymphs», «Forest Nymphs» and so on. It’s a recurring theme I’m exploring. In this story Icarus is played by Jan Wermelinger, the Swiss Champion Cliff Diver you see performing these god-like dives.

Moreover, this work is also part of a larger project I’m creating for an upcoming exhibition at the «Museo Villa Dei Cedri» in Bellinzona. I recently commenced an artists in residence program where I have been spending, and will continue to spend some of my summers for the next couple years. This project is challenging me to think differently, focussing more internally, in an even more expressive, artistic direction, which is in some ways, in contrast to my more commercial fashion or lifestyle work, where I’m often more constrained to deliver a specific brand or product message. It’s exciting to combine the two mindsets and approaches. I think it is certainly helping me to develop further as an art photographer, and as an artist.

What was the most important thing to you, when photographing this fashion story?

Hmm, of much importance and strong consideration for me, is hopefully to create something no one has seen from me before, an evolved statement. I’m not one who likes repeating formulas, which I know will work and all look very similar. Saying this, whilst I of course, have a signature style, which has taken me many years to develop, I’m not happy, unless I’m constantly evolving and out-doing my last story. I feel that every press of the shutter button must result in a major improvement over the previous shutter depression. I place tremendous pressure on myself to improve in terms of creativity, techniques, mastership, communication and unique individuality.

Having said that, this story is, I believe, a natural evolution of my craft, where I trial and test new formats, mediums and photographic techniques. This shoot was captured exclusively using a mix of alternative analogue elements, such as redscale processes, using motion film stock and a variety of my own special techniques with respect to light, exposure, capture, development, scanning, equipment and post process. For the most part, the treatments you see here, are not the result of digital image manipulations or Photoshop, rather, the unique look and feel is a carefully executed composition of planning, chemistry, physics, art, timing, sweat and chaos. The look is not only intended to be visually beautiful, but always used to reinforce the messaging, feeling and control. It is of great importance to me that my final images retain much of the unique analogue structure of the film stocks, equipment and chemicals I use, to control and shape as much as possible prior to exposure, and during development, but not to mess too much digitally after the fact.

With this I hope my work will inspire other artists in any field to create and persue their own individual art expression. Like I’ve eluded previously, there’s way too much trend following in art these days. What the world needs is brave individuals who; when everyone else ‘Zigs’ they ‘Zag’. As Charles Bukowski once wrote: «Wherever the crowd goes, run in the other direction». I would add «run in the opposite direction, like your sanity, self-respect and life depended on it», because they do!